WHAT IS IT ABOUT 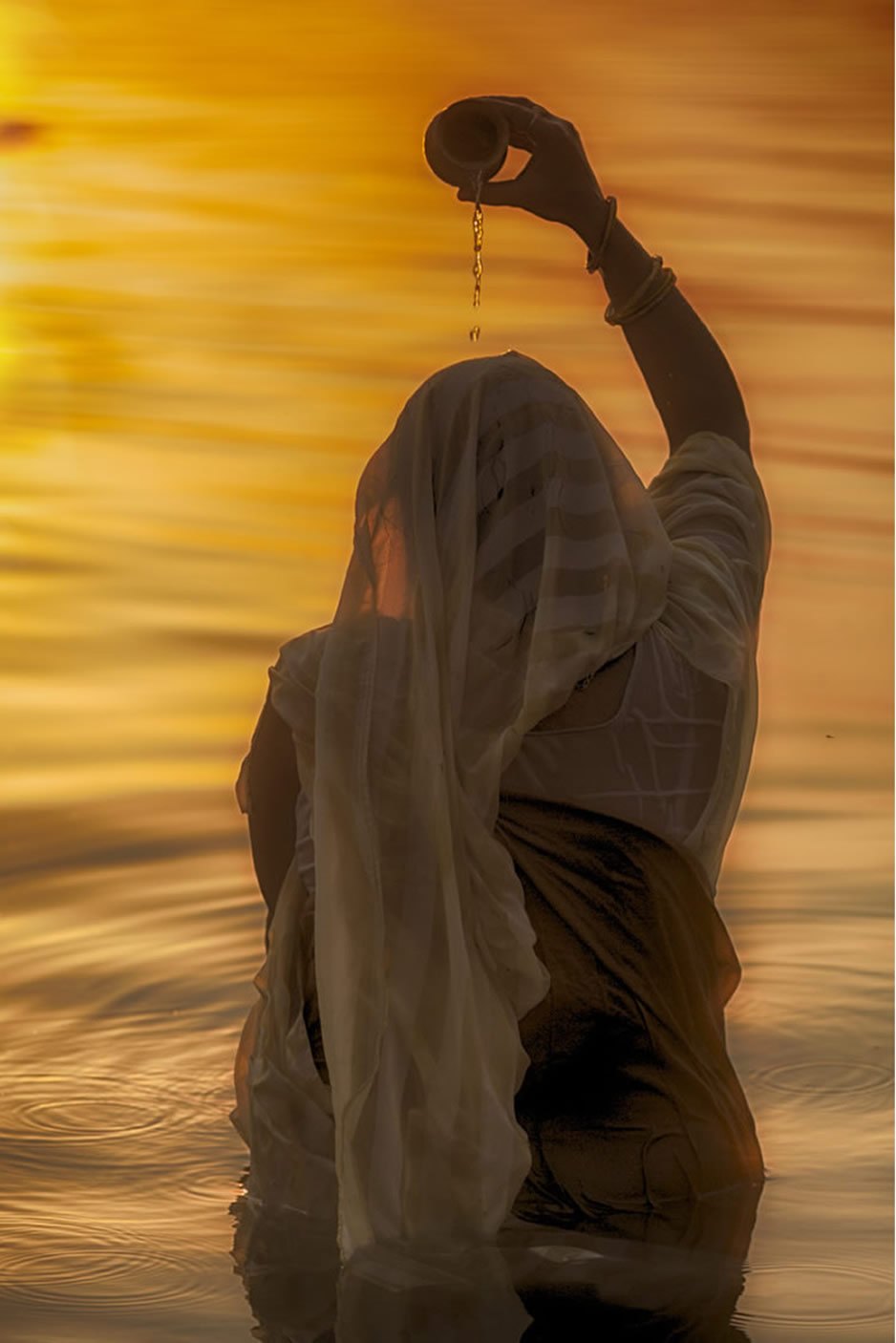 BE A PART OF IT

"We are all connected through the same wish, to become universe again...." 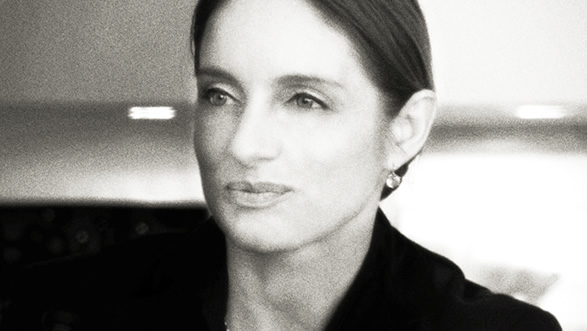 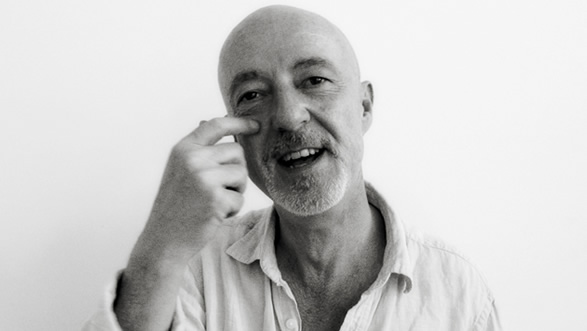 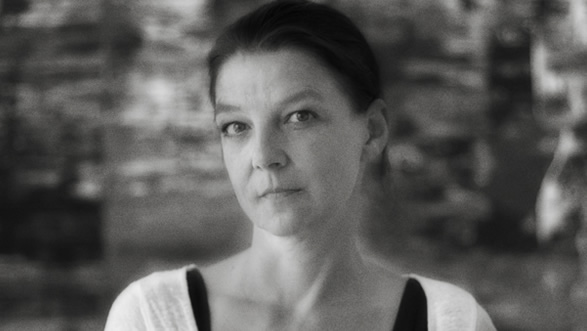 She glanced upon the mirror
The corner of her lips twotched
The world in front of her
Was mere a silver coated glass
Yet she hid among the colours of day,
And she rode off in their way.

That bright red ribbon,
Had it some significance?
It was a present,
From a Prince
Now the irony was,as it would be
She fell in love with his ambiguity,
But he turns out to be plain.

Was she blessed?
By the fairness of the night
For she could see through her empty bodies
To search for soul
To fail was to doubt her own existence
The clock of face would take such a turn,
That all the brightness shall be her's,
Only if she'd closed her eyes
And let time to take her in fantasy rides.

This story came to me while I was travelling on my flight to Spain.
I was sitting next to Lia, eight years old, travelling by herself.
She showed me her lovely book, filled with her paintings. One of the
paintings fascinated me, and I told her that I liked it.
She said, “That is Mr Death.”

I asked her, “What’s the Story of Mr Death then?”

Mr Death once, in his life before this life, was a woman. Her name was
Lady Sugar. Lady Sugar was a magical, beautiful and lovely woman.
One day on her way home, while she was helping an old man off the bus,
she heard her husband screaming in the house.
She ran home, and when she entered the house she saw her beloved
husband dead on the floor.
She was so desperate and in such pain. She could not live without her
husband, and she did not know who killed him. In her despair, she put
a knife into her heart and killed herself.
But she came back into a new life, into a man’s body. His body was
just a skeleton. And his name was Death.
Mr. Death remembered the story of his life before as a woman,
who had her beloved taken from her.
So he wanted revenge. He began to kill people all around him, as well
animals and fishes. He is still doing it, every day hoping to finally find
the one who killed her beloved husband.
I asked her to make a painting for me, which she did.

She told me, “He should be wearing black, but since I have no black I shall use brown, is that ok?”
After that we played with her little pink, purple and red sugar hearts,
she had chosen out of the menu.
Then, just before we landed, she told me in a short sentence out of the blue
that her dad had died four years ago,
“I was four years old by then” she said.

Thank you Lia, for sharing your story with me, and touching my heart. 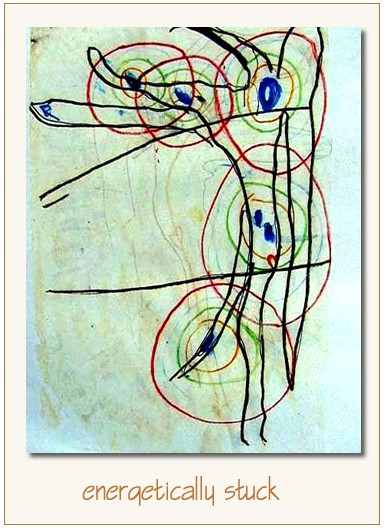 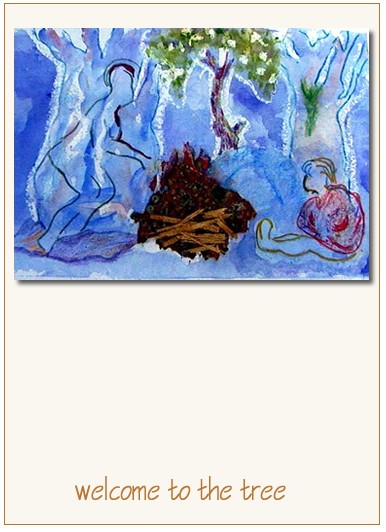 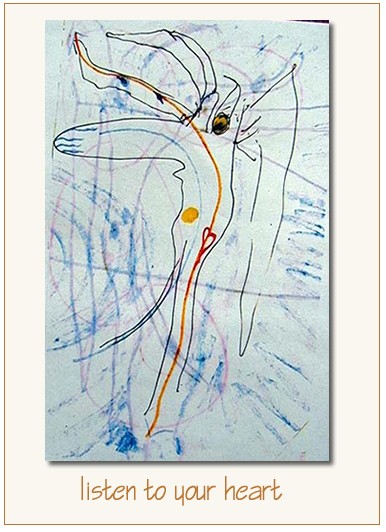 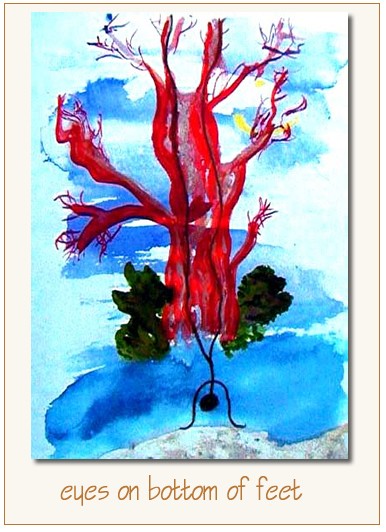 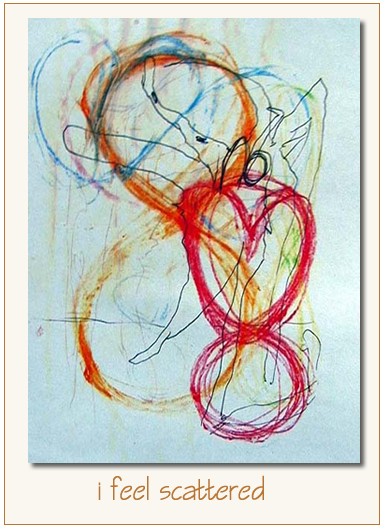 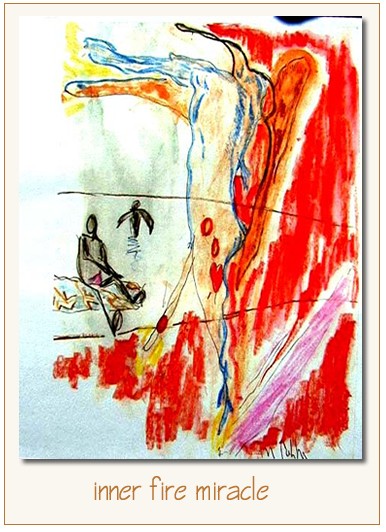 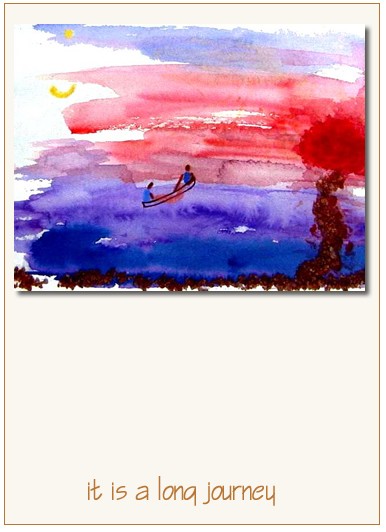 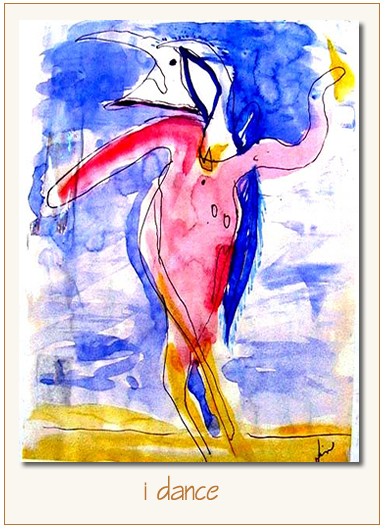 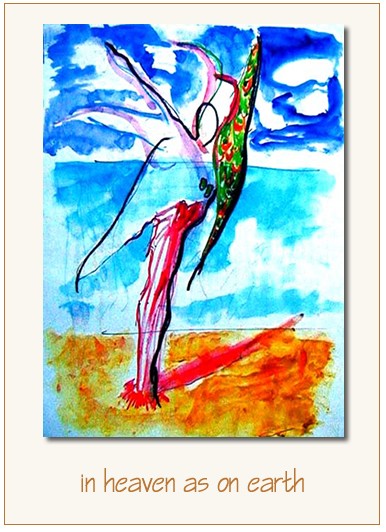 i painted these watercolors collectively entitled: INNERSTANDING in 1998 on the shores of Lake Malawi. Africa.

At that moment, I was transfixed by two men who were artfully playing & placing a large piece of driftwood in the sand. I was inspired by this animated sculpture. So, I quickly sketched & painted.

It became a visual story of personal TRANSFORMATION:
So profound that I intuited that every cell in the body must agree and realign for the realization of my desired evolution. Surprisingly, I saw all the places where i was energetically hurting/stuck and then the process for energetic flow

to a place of wanting: a wholesome integration.,..,
an imagined joy!

This process requires a dramatic quieting of the cacophony of crosstalk, disagreements and trauma felt directly within the flesh, the muscles, the nerves, the bones, the fluids, the organs and harmonizing the female and male aspects of my nature. My favorite expression is: “The body doesn’t lie.”

I feel honored to share these paintings with you. May they be a reminder of the daily gentle surrender and all the loving kindness needed along this perilous journey.

I invite you to perhaps add your own narrative to these images.

Take a question into your day...

GET IN TOUCH WITH US